Welcome to PoemAlley, Stamford, Connecticut's eclectic venue for poets, poetry reading and discussion! Open to anyone living in Fairfield County and the surrounding area, we meet Tuesday nights at 7:30 pm at Curley's Diner on 62 Park Place (behind Target) . Come contribute, get something to eat, or simply listen! 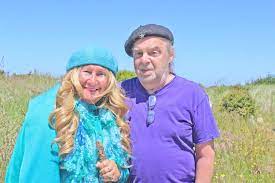 As many members of the PoemAlley community are aware, following a serious car accident on February 8, Barry Fruchter and Amber Rose learned  their home in Washington state had been thoroughly ransacked during their stay at an area rehab facility.

After speaking recently with Barry, Ralph Nazareth says they are now in the process of moving temporarily to a motel until their situation becomes more stable. He asks those interested in contributing financial support following this sequence of terrible events to kindly send donations to their friend Deborah Einbender at the address at the bottom of this post. (Those already sent directly to Ralph will be forwarded before he leaves for India to visit his ailing brother on April 9th.)

With a mixture of relief and admiration, Ralph reports "...that Barry and Amber are making steady progress and are in the process of regaining a modicum of normalcy after a period of unimaginable disruption in their lives. I know you'll join me in wishing them a speedy and complete recovery."

In the same spirit, click below for Jonathan Johnson's acoustic rendition of “Light”, a song of hope and restoration emerging from adversity, originally performed by Disturbed:

A medical writer and ordained interfaith minister who studied under the guidance of Hannah Arendt at the University of Chicago, Amber released her first novel, When I Am Ashes (Atmosphere Press, 2021) as Barry was recuperating from a heart attack. A cross-generational love story about Nazi hunters, the book embodies both their shared resiliency and her lifetime commitment to her philosophy of healing. 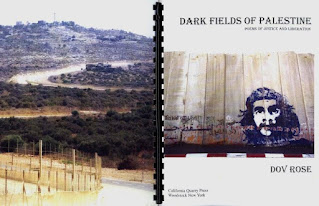 A writer for over 40 years, Barry, like Ralph, has taught at Nassau Community College. His poetry has been collected in Selection: New Poems 2010-11 and Dark Fields of Palestine (California Quarry Press, 2012). Individual pieces have appeared in numerous publications, including Lampeter Muse, Borderlands, and The BookMark. He also has co-authored Double Helix: A Love Story In Poetry (Lamberson Corona Press, 2010) and The Bride of Auschwitz with his wife, Amber. They are currently collaborating on two plays.

It is recommended checks should be marked “for deposit only” before mailing to:

With Laughter On His Hair: Dale Shaw Remembered

If artistic expression is at its best when it casts a playful, reflecting light on the conventional, then Dale Shaw was all about basking in it, right to the end.

Recalls Ralph Nazareth, visiting Dale in Fairfield February 5, two days before his passing at 94, “I saw him appear suddenly next to me. 'Ralph',” he said, 'look, the ducks are flying backwards!' That was vintage Dale, with eyes to see the miraculous on the back of his palm!"

Ralph's friend Lynda Sorensen, who worked extensively with Dale, along with Ralph, similarly marveled at how his personal whimsy and wonder translated into his work. "Dale was a living poem, moving through this world on his legs of poetry, his heart of rhythm, his vision of light, and his soul of magic."

First encountering him over forty years ago, Ralph collaborated with the former Field & Stream writer on numerous poetry projects over the years, becoming “a steady and wonderful presence in my life and in that of (my) little family.”

Upon learning of the sad news, Lynda drew attention to the closing, elegiac line from “I Am One”, one of Dale's contributions to the 1986 companion anthology to his workshop, On This Crust of Earth (Yuganta Press), which was co-edited by Ralph and Lynda: “'I am the one with no shoes and no horse', and so Dale takes his leave; we live on, holding close our memories of him, as if they are a precious bowl that we hold high between heaven and earth.”

When the PoemAlley group meeting at Curley's Diner began sharing their work via Zoom in 2020, Ralph introduced his friend with a brief tribute during one reading: “'I am the one with laughter on my hair',” says Dale Shaw. He had it when I first met him in 1980, and he still does, now at 93—laughter on his hair, a twinkle in his eye, a chuckle in his throat, and surprising, often stunning, wisdom on his lips.”

Ann Yarmal credits the discipline of Dale's weekly Clay Place writing workshop with nothing less than giving her the strength to rebuild her life: “He never let us get away with anything. If we wrote it, we owned it... We had to examine what we wrote and thought and intended and we had next week to work for.” In partnership with Catherine Ednie, Ann went on to found PoemAlley at the Unitarian Universalist Congregation in 2000. 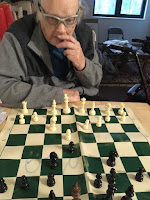 From the 1980s to the mid-1990s Dale's role in the Westport and Norwalk poetry communities lit up every kind of venue, be it someone's living room, an art gallery, or a town hall, anticipating today's popular “performance” poetry scene by many years.
Ralph alluded to the gift of Dale's continuing impact on peers and creative aspirants, alike: “His original combination of “gnomic sayings, a seemingly quirky but original vision and love of all things (oddly) human, distinguishes him among
most teachers of poetry.”

As many in PoemAlley will recall, his style of delivery, so laced with irony and embracing humor, was so much of a piece with his writing that to read “the following sample of his work is to get only a faint impression of the real Dale phenomenon,” says Ralph. “I know you’ll enjoy it all the same!”

wheat of the dawn, dawn-wheat

bread of the mother’s belly

bread of the sea, lifting

upon the rock, bread rising

crash of the sea bread, rising

out of the bread loam rising 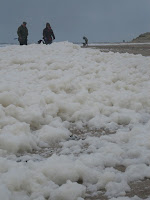 bread of child, bread of moon, on

in the brain, hill, cooking

and sea bread, bread of money

in the oven bank lifting

bread of the forest in the heat of ages

bread of dreams, pocketed with fear

in asphalt pans, bread of graves

best bread of all

I Am the One

I am the one who makes mathematics the dark angel 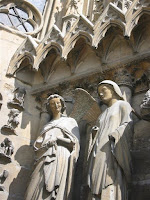 I am the one who burrows the earth

I am the one with laughter on my hair

I am the one to butter bread with steel

I am the one wired to the wings of dead birds

I am the one playing darts in a cave

I am the one with strings on my nose

I am the one laughing in the cathedral

I am the one with money in my eyes

I am the one with snakes in my hair

I am the one who has tattooed my whole body

I am the one who has scalded my babies

I am the one peeking through ferns

I am the one who sees what you are doing

I am the one who must wonder aloud

I am the one who asks why you can stand this

I am the one with the puzzled expression

I am the one with no shoes and no horse 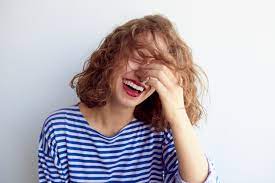 Posted by Rolf Maurer at 7:53 PM No comments:

This coming Tuesday Edison Jennings will read at Virtual Curely's via Zoom selections from Intentional Fallacies, his first full-length collection (Broadstone, 2021) following the release of three chapbooks. A Tennessee Williams Scholar at Sewanee (University Of the South) and recipient of two Virginia Quarterly Review Conference scholarships, Edison hails from the Appalachian hills of southwestern Virginia where he works as a Head Start school aide and bus driver/safety monitor. On the state level, he serves as a Virginia Commission for the Arts fellow.
Edison has placed his work in Boulevard, the Kenyon Review, Slate and Southern Review among other literary and main-stream outlets and has also contributed to The Southern Poetry Anthology: Contemporary Appalachia (Vol. III) (Texas Review Press, 2010). His chapbooks include Reckoning (Jacar Press, 2013), Small Measures (Wild Leek Press, 2019) and A Letter to Greta (Plan B Press).
Though he writes essays, Ed is drawn to poetry mainly because “I like the density, the wit, and the figuration of (it)... and the way it sounds—primarily the way it sounds.” Working in rhymed, blank and free verse, Ed generally favors the latter.

As he explains below in an August 15, 2021 interview with Rattle editor Tim Green on the poetry journal's video channel (starting at 15:30) the “Rattlecast”, his poetry usually flows based on the first one or two lines he sets down; other times, he deliberately tries to compose his work in advance. The title of his latest collection being a play on the modernist dictum that the reader's interpretation of a piece should be made independent of what the poet intended, delves into the notion and outcomes flowing from the deliberate promulgation of false ideas, or priorities.
For instance, the piece below stands in opposition to the unfledged, escapist Silicon Valley promises of Mars colonization, orbital hotels and Transhumanist paradises. “Country Song” demonstrates Edison's honest fascination with the eternal tension, frequently in oft-overlooked rural settings, between life's wearing compromises and struggles and the mortality of life against the ineffable splendor of the world as it is:

She styles hair, does manicures too,

(The Place To Go For A Killer Do),

and he drives a long-haul truck,

selling weed for an extra buck

to pay off their subprime loan

and not have their house repo’d. 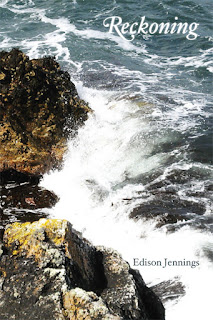 Then she tells him he’s her hot mess,

brushing back a wisp of his hair.

Their politics? An easy guess.

And though they get high, they somehow survive

and managed to raise three kids

Last night she held him while he was asleep,

and heard him mutter, “not nothing will keep.”

Whoever dies first, the other will weep.

Posted by Rolf Maurer at 6:47 PM No comments: